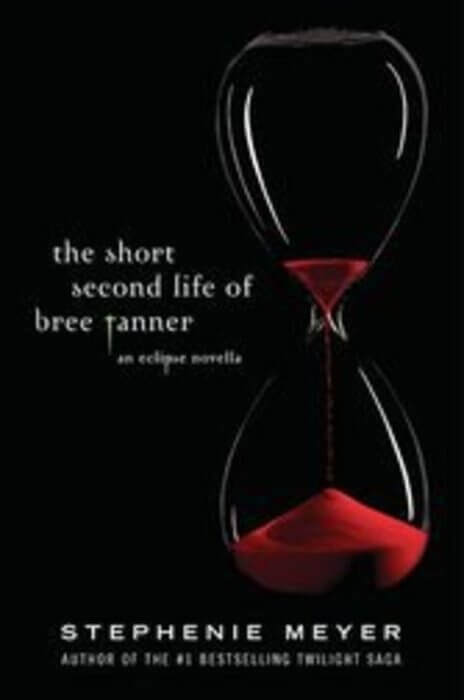 When left in darkness, rage festers. Years of frustration  with his family culminate in a loathsome vacation for Bob,  who plots a sinister prank to frighten his wife and kids.  Matt redirects the residual anger over his many failed  relationships into a video game, and ends up birthing the  horrible consequences. In room 1280 of Heracles Hospital,  something evil is keeping a man alive, a man with gruesome  burns all over his body and an iron will to live.

Bree Tanner, a self-described “vampire nerd” first introduced  in Eclipse, lives in terror in a coven of newborn vampires.  She is a member of Victoria’s vampire army, and as that army  closes in on Bella Swan and the Cullens, she finds her first  friend and discovers a truth about daylight.

While fans may know how it ends, they don’t yet have the full  story: Bree’s tale of danger, mystery, and romance is one for  the books.

It’s here! #1 bestselling author Stephenie Meyer makes a  triumphant return to the world of Twilight with the highly  anticipated companion, Midnight Sun the iconic love story of  Bella and Edward told from the vampire’s point of view.

Even If We Break – Nijkamp, Marieke

From #1 New York Times bestselling author Marieke Nijkamp  comes a shocking new thriller about a group of friends who go  to a cabin to play a murder mystery game…only to have the  game turned against them.

FIVE friends go to a cabin.

FOUR of them are hiding secrets.

THREE years of history bind them.

TWO are doomed from the start.

ONE person wants to end this.

NO ONE IS SAFE.

For five friends, this was supposed to be one last getaway  before going their separate ways–a chance to say goodbye to  each other, and to the game they’ve been playing for the past  three years. But they’re all dealing with their own demons,  and they’re all hiding secrets.

Finn doesn’t trust anyone since he was attacked a few months  ago. Popular girl Liva saw it happen and did nothing to stop  it. Maddy was in an accident that destroyed her sports  career. Carter is drowning under the weight of his family’s  expectations. Ever wants to keep the game going for as long  as they can, at all costs.

When the lines between game and reality start to blend with  deadly consequences, it’s a race against time before it’s  game over–forever.

Are you ready to play?

There’s a myth in Southern Ohio about an apparition that  seeks to live again. Taking place over 100 years, The Ghost  of Ohio follows the titular spectre as he tries to unravel  the mystery of his own death and fights to return to the  earthly plane. Written by Black Veil Brides frontman Andy  Biersack and tying into his second solo album of the same  name, The Ghost ofOhio is a gothic adventure for the ages.

From the author of You Must Not Miss comes a haunting  contemporary horror novel that explores themes of mental  illness, rage, and grief, twisted with spine-chilling  elements of Stephen King and Agatha Christie.

Following her father’s death, Jane North-Robinson and her mom  move from sunny California to the dreary, dilapidated old  house in Maine where her mother grew up. All they want is a  fresh start, but behind North Manor’s doors lurks a history  that leaves them feeling more alone . . . and more tormented.

As the cold New England autumn arrives, and Jane settles in  to her new home, she finds solace in old books and memories  of her dad. She steadily begins making new friends, but also  faces bullying from the resident “bad seed,” struggling to  tamp down her own worst nature in response. Jane’s mom also  seems to be spiraling with the return of her childhood home,  but she won’t reveal why. Then Jane discovers that the  “storage room” her mom has kept locked isn’t for storage at  all — it’s a little girl’s bedroom, left untouched for years  and not quite as empty of inhabitants as it appears . . .

Is it grief? Mental illness? Or something more . . . horrid?