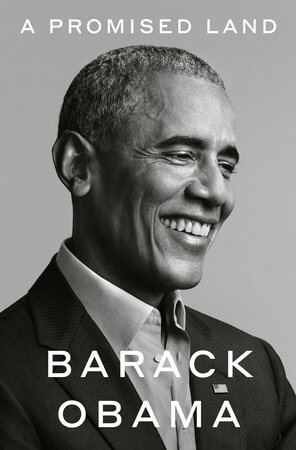 People of all walks of life come together to hear black voices!

Pecola Breedlove, a young black girl, prays every day for beauty. Mocked by other children for the dark skin, curly hair, and brown eyes that set her apart, she yearns for normalcy, for the blond hair and blue eyes that she believes will allow her to finally fit in. Yet as her dream grows more fervent, her life slowly starts to disintegrate in the face of adversity and strife. A powerful examination of our obsession with beauty and conformity, Toni Morrison’s virtuosic first novel asks powerful questions about race, class, and gender with the subtlety and grace that have always characterized her writing.

You can’t go wrong by reading or re-reading the collected works of Toni Morrison. Beloved, Song of Solomon, The Bluest Eye, Sula, everything else — they’re transcendent, all of them. You’ll be glad you read them.–Barack Obama

A riveting, deeply personal account of history in the making–from the president who inspired us to believe in the power of democracy

In the stirring, highly anticipated first volume of his presidential memoirs, Barack Obama tells the story of his improbable odyssey from young man searching for his identity to leader of the free world, describing in strikingly personal detail both his political education and the landmark moments of the first term of his historic presidency–a time of dramatic transformation and turmoil.

Obama takes readers on a compelling journey from his earliest political aspirations to the pivotal Iowa caucus victory that demonstrated the power of grassroots activism to the watershed night of November 4, 2008, when he was elected 44th president of the United States, becoming the first African American to hold the nation’s highest office.

Reflecting on the presidency, he offers a unique and thoughtful exploration of both the awesome reach and the limits of presidential power, as well as singular insights into the dynamics of U.S. partisan politics and international diplomacy. Obama brings readers inside the Oval Office and the White House Situation Room, and to Moscow, Cairo, Beijing, and points beyond. We are privy to his thoughts as he assembles his cabinet, wrestles with a global financial crisis, takes the measure of Vladimir Putin, overcomes seemingly insurmountable odds to secure passage of the Affordable Care Act, clashes with generals about U.S. strategy in Afghanistan, tackles Wall Street reform, responds to the devastating Deepwater Horizon blowout, and authorizes Operation Neptune’s Spear, which leads to the death of Osama bin Laden.

Black Panther Vol. 3: The Intergalactic Empire of Wakanda Part One

A bold new direction for the Black Panther! For years, T’Challa has protected Wakanda from all invaders. Now he will discover that his kingdom is much bigger than he ever dreamed. Prepare to journey to the Intergalactic Empire of Wakanda! A Panther story unlike any other begins with T’Challa as a stranger in a strange land – with no memory of his past, only the suffering of a present spent toiling in the Vibranium mines. But all hope is not lost. A rebellion is growing – and they have a plan. Who will lead these lost citizens? What is the M’kraan Shard? And what role will Erik Killmonger play?! Ta-Nehisi Coates continues his ever-surprising saga of a king who sought to be a hero…a hero who was reduced to a slave…a slave who became a legend!

The City We Became ( The Great Cities Trilogy #1 )

In Manhattan, a young grad student gets off the train and realizes he doesn’t remember who he is, where he’s from, or even his own name. But he can sense the beating heart of the city, see its history, and feel its power.

In the Bronx, a Lenape gallery director discovers strange graffiti scattered throughout the city, so beautiful and powerful it’s as if the paint is literally calling to her.

In Brooklyn, a politician and mother finds she can hear the songs of her city, pulsing to the beat of her Louboutin heels.

And they’re not the only ones.

Every great city has a soul. Some are ancient as myths, and others are as new and destructive as children. New York? She’s got six.

I Know Why the Caged Bird Sings

Here is a book as joyous and painful, as mysterious and memorable, as childhood itself. I Know Why the Caged Bird Sings captures the longing of lonely children, the brute insult of bigotry, and the wonder of words that can make the world right. Maya Angelou’s debut memoir is a modern American classic beloved worldwide.

Sent by their mother to live with their devout, self-sufficient grandmother in a small Southern town, Maya and her brother, Bailey, endure the ache of abandonment and the prejudice of the local “powhitetrash.” At eight years old and back at her mother’s side in St. Louis, Maya is attacked by a man many times her age–and has to live with the consequences for a lifetime. Years later, in San Francisco, Maya learns that love for herself, the kindness of others, her own strong spirit, and the ideas of great authors (“I met and fell in love with William Shakespeare”) will allow her to be free instead of imprisoned.

Poetic and powerful, I Know Why the Caged Bird Sings will touch hearts and change minds for as long as people read.

“I Know Why the Caged Bird Sings liberates the reader into life simply because Maya Angelou confronts her own life with such a moving wonder, such a luminous dignity.”–James Baldwin